The Detroit Mercy library has a subscription to the Medcom Trainex streaming video collection. This is a collection of over 241 nursing videos that include a wide array of subjects such as assessment how-to’s, trach care, anatomy and physiology of all the body systems, cultural awareness, EKG interpretation, and much, much more. The videos are grouped into 17 course categories like Basic Clinical Skills or Airway Management. Alternatively, you can browse the entire list of videos by clicking on the Video Courses link on the left after you have signed in.

Best of all you don’t have to come into the library to watch any of these videos; they are streamed using Flash, Windows Media Player, QuickTime, or Real Time. The collection requires users to set up a free account where you choose your User ID and password. To do this, just click the Create A New Account link on the main page.

Questions? Contact me or one of the other librarians!

Preparing for your NCLEX exam? Pass the time by studying while you stand in line at Starbucks or Cedar Point! There are several free apps that will allow you to study while on the go:

Lippincott’s Q&A Review for NCLEX-RN offers 200 questions and explanations in the free initial download. The purchased app has 4,600. There are 4 content areas: obstetrics, pediatrics, med-surg, and mental health. The app provides rationale for both correct and incorrect answers, study tips, test-taking strategies, and alternate format questions. The app is available through iTunes and Google Play.

NCLEX Success RN 2016 offers 75 free review questions. The purchased app provides over 1500 practice questions that conform to the new NCLEX requirements. New questions are added everyday. Features include not only practice quizzes, but also need to know lab values, mnemonics, and progress tracking. The app is available in itunes and and for Androids.

NCLEX RN Mastery 2016 offers a free version with a subset of practice questions, quizzes, and mnemonics. A percentage of the questions are formatted in “select all that apply”. Content is based on past NCLEX questions. Need the purchased version to unlock all 1800 questions. Available in itunes and Google Play.

The paid version of these apps are reasonably priced: $14.99-29.99. Plus there are other app options ranging in price starting from $2.99. Check out itunes and Google Play for more. Search: NCLEX 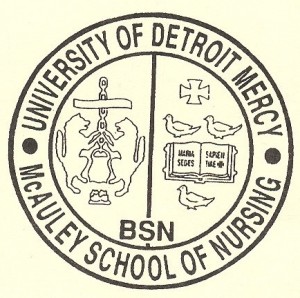 May 6th through May 12th is the week designated to celebrate and appreciate all that nurses do. Personally, I think it should be a whole month – and then that still would not be long enough.

A few FAQ’s about Nurses Week:

3. The first official National Nurses Week was held in 1974, after an official proclamation by the White House.

ZDoggMD is back with a pretty awesome Nurse Appreciation video. Take a look & listen. 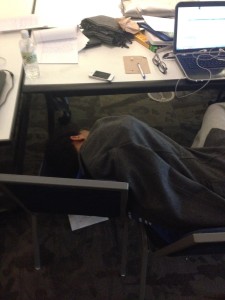 If you ever need a quick dose of humor, check out ZDoggMD’s YouTube channel. ZDoggMD is medicine’s own Weird Al Yankovic in a sense.  ZDogg takes well known songs and puts his own medical spin on them. Not only is ZDoggMD hilarious, but he has a message … and makes excellent points. Examples include such hits as Readmission (R. Kelly “Ignition” remix); My Name is Zika (My Name is Luka remix);  I Try (To Be a Nurse) (Macy Gray remix) and many more.

In addition to his healthcare rap parodies and satirical music videos, ZDogg also includes sketch videos such as Dr. House of Cards: Episode 3: Dr. Oz gets served;  Diarrhea: The Musical; Doc Vader: Episode II: The Clone Wards. And his ZVlogg which includes short commentaries about various subjects like vaccinations in his I Was Wrong About Vaccines video and Nurses UNITE where he discusses staffing and teamwork.

In January of 2015, the American Journal of Nursing published a brief article that looked at the top news stories in nursing over the past year. The stories involved three areas: workplace stress, nursing education, and nursing’s image. I had to shake my head and chuckle when I read the subject matter. Two of these three topics have consumed nursing’s focus for as long as I have been involved in the profession. I would hazard a guess they most likely were a concern before I became a nurse as well. Not much has changed in almost 30 years. It is both humorous and sad at the same time.

“Workplace stress and burnout continued to plague nurses in 2015, and many nurses believe their organizations don’t help them cope.” I would have gone a step further and said that many, if not most, organizations are the cause of the stress. For me, workplace stress was not a direct result of caring for patients, although admittedly that had its moments. The stress resulted from the situations nurses had to deal with as a result of poor staffing and a lack of administration support in a multitude of areas. I no longer practice nursing and haven’t practiced for many years, but I speak with those who do on a daily basis. I have discovered that despite all of the push and promotion of Magnet status, things have not really changed at all. Nurses have been lobbying for better staffing for as long as I can remember and according to the top news stories of 2015, they still are.

The workplace stress and burnout recommendations I have read are mostly reactionary. Why not become proactive and correct the causes? Magnet Status goals include an element of job satisfaction and attempt to do just that. Yet, the program does not seem to be very effective. Or, at least the evidence is contradictory [1,3]. I do know that what the profession has been doing over the recent past is obviously not working very well. Perhaps it is time to try a different tact.

Fascinating Documentary and Biography: Emperor of All Maladies March 2016

I realize most of you are exceptionally busy with school and family life, so you don’t really have a chance to do much pleasure reading or have the time to watch a long documentary. However, if you do, I would like to suggest Cancer: Emperor of All Maladies, a documentary based on the book The Emperor of All Maladies: a Biography of Cancer. It is a fascinating look at cancer, its history, and its treatment during the 20th century.

The documentary is a three part series; each part is just under two hours long. It is a bit of a time commitment, but it is also riveting. The series originally aired last spring, but PBS has made the series freely available online. Part 1 is titled Magic Bullets. Part 2 is The Blind Men and the Elephant. Part 3 is Finding the Achilles Heel. A synopsis of each episode can be found at the link above.

Cancer: Emperor of All Maladies is based on the book The Emperor of All Maladies: a Biography of Cancer by Mukherjee, Siddhartha… which we just happen to have in the McNichols Library. A synopsis of the book taken from the catalog record: “A magnificently written “biography” of cancer–from its origins to the epic battle to cure, control, and conquer it. A combination of medical history, cutting-edge science, and narrative journalism that transforms the listener’s understanding of cancer and much of the world around them. The author provides a glimpse into the future of cancer treatments and offers a bold new perspective on the way doctors, scientists, philosophers, and lay people have observed and understood the human body for millennia.”

What is Health Literacy and what are you going to do about it? February 2016

What is “Health Literacy”? There is no definitive definition of health literacy. “The degree to which individuals have the capacity to obtain, process, and understand basic health information and services needed to make appropriate health decisions” is one example definition.  The National Action Plan to Improve Health Literacy reports that “nearly 9 out of 10 adults have difficulty using the everyday health information that is routinely available in our health care facilities, retail outlets, media, and communities”. There are many examples of patient misunderstandings and communication failures: the woman who mistakenly took her oral contraceptive vaginally and wound up pregnant. The new diabetic, who while in the hospital, practiced injecting his insulin shots into an orange; a short time after discharge, he was readmitted with life-threateningly elevated blood sugar levels. The doctors discovered that, at home, he was injecting his insulin into an orange, then eating it. Or how about the patient who was told to take her antibiotic until it was gone? She took the antibiotic until “it” was gone, the fever not the medication. Consequently, her infection returned and she was required to take a second course of medication.

What are you doing in your practice to ensure your patients understand what you are telling them?

Need to Restrict your Articles to those Written by a Nurse? February 2016

There is a limiter in CINAHL that will allow you to access only those articles written by nurses.

First, what is a Limiter? “Limiters let you narrow the focus of your search so that the information retrieved from the databases you search is limited according to the values you select.”

So to get to those articles that have been authored by nurses follow the instructions below:

1. Perform your search in CINAHL 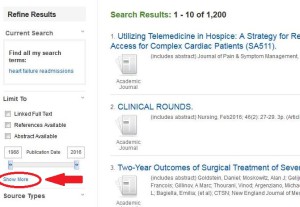 2. Go to the page to active your limits by clicking on the Show More link in the left column under the date.

4. Click the Search button at the top or bottom of the page.

That’s all there is to it. Easy peasy. 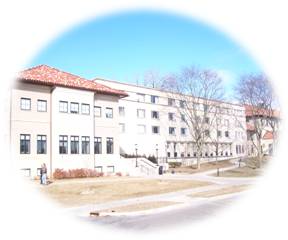 In an effort to make myself (and therefore library assistance) more accessible, I will resume holding “office” hours in CHP.  I will be hanging out in the student lounge on Mondays from 2:30- 4:30 pm beginning with this upcoming Monday, January  25th. I plan to be available at CHP most Mondays throughout the term. However I do have a few Mondays when I will be unavailable. Check my availability dates in the box at the bottom of the Nursing or Physician Assistant Library Guide Home page.