I am a huge fan of Ben Goldacre, author, physician, and crusader against “bad science”. Dr. Goldacre has written two excellent books about the misuse of science and statistics by politicians, charlatans, and drug companies. His writing is witty, interesting, and the explanations of the faulty “science” are easy to understand. And, oh, by the way … we have both in the library

Bad Science (2008) has chapters that talk about the misleading science behind cosmetic ad claims, homeopathy, detoxes, and how the media promote the public misunderstanding of science.

Bad Pharma: how drug companies mislead doctors and harm patients (2013) deals with the methods pharmaceutical companies use to present misleading and flawed data. Some of the chapters include: Missing Data, Bad Regulators, and Marketing.

Dr. Goldacre has also given a couple TED talks including “Battling bad science” and “What doctors don’t know about the drugs they prescribe“.  He is a passionate speaker/presenter, and his talks are not only educational, they are highly entertaining.

I hear he is working on a new book about statins … I can’t wait!

The National Library of Medicine has provided online access to the Edwin Smith Surgical Papyrus. The papyrus was discovered in Egypt by American archeologist Edwin Smith in the 1860′s. The text is thought to have been created around 1600 BC. Written in Ancient Egyptian hieratic script, the papyrus contains 48 cases of wounds and trauma and offers a detailed description of the injuries, diagnoses, prognoses, and treatments. The original papyrus currently resides at the Library of the New York Academy of Medicine. However, utilizing Turning The Pages technology, visitors can unroll the scroll virtually to check out the manuscript and view the translations on their own computers.

Sample case from the papyrus: “Head wound with skull fracture exposing the brain“.

Examination and Prognosis: Probe wound. “Should you find that fracture that is in his skull like those ripples that happen in copper through smelting, with a thing in it that throbs and flutters under your fingers like the weak spot in the crown of a boy before it becomes whole for him … while he bleeds through his nostrils and suffers stiffness in his neck: an ailment for which nothing is done”.

Explanation: As for “which has fractured his skull and exposed the brain of his skull” it is a big fracture which is open to the inside of his skull and the membrane that covers his brain; it has to fracture so that it gushes from inside his head”.

Check it out if you have a chance. It is very interesting to compare medicine of today with ancient treatments and diagnoses.

Retraction Watch is a fascinating blog devoted to, you guessed it, research article retractions.  Created by two medical reporters, Retraction Watch provides a venue for publicizing retractions and offers a forum for a discussion of those retractions. Over the years there have been several researchers’ retractions that have been elevated to the realm of the infamous: Andrew Wakefield’s research linking the MMR vaccine to autism; Anil Potti, the former Duke researcher accused of lying about his qualifications on a grant application and using flawed data in his cancer treatment prediction studies; and Scott Reuben, who was convicted of fraud and falsifying research studies involving the drug celecoxib. By and large however, retractions receive limited publicity. For example, in 2013, Thomson Scientific’s Web of Science notes that there were over 500 retractions in the scientific literature… wow. This is where Retraction Watch steps in. They cover these retractions, and the blog serves an informal repository.

You might wonder how I could possibly think that a blog devoted to article retractions is fascinating, yet I’m here to tell you that the  mistakes or wrongdoing that result in a paper’s retraction are gripping. For example, here are a few of the top retractions from 2014, culled by the founders of Retraction Watch and published in The Scientist: 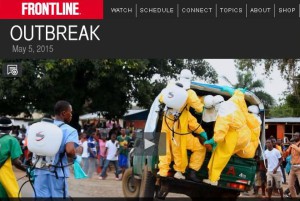 Check out the Frontline documentary about the inside story of the Ebola outbreak entitled … Outbreak. Frontline addresses how the outbreak began and why it wasn’t able to be stopped earlier. Currently, the epidemic has been mostly contained, but WHO readily admits they are unprepared for the next pandemic.

The video is slightly over 54 minutes in length.

Congratulations to all of you that are about to graduate! It’s been a long road, I am sure. I hope you have enjoyed your time at UDM! Now it is time to enjoy that shiny new degree!

For example, the Circulatory Systems Diseases section contains the following among its listings:

Within the vasculitis subsection are individual lessons: Buerger disease, polyarteritis nodosa, and Kawasaki disease are three examples.The Renal System Physiology section includes subsections like Renal System Introduction and Renal regulation of blood pressure with individual lessons such as Renin production in the kidneys and Aldosterone and ADH.

In addition to the individual lessons, there is a section of NCLEX-RN practice questions:

Sample: The healthcare provider is explaining to a patient the reason why vasculitis causes damage to the blood vessels in the body. Which of the following is the best explanation?

Accuracy of Google Translate in a medical context March 2015

It is frustrating to find the “perfect” article only to discover that the full text is not in English. Have you ever used Google Translate to convert an other-than-English medical article into English for one of your nursing assignments? Have you ever wondered how accurate the resulting translation was?

Here is a sample of a few of the phrases that the authors chose for their experiment:

When verified by native speakers, Google Translate had provided the following translations most often for those phrases:

Bottom line: Google Translate should not be trusted in a medical context.

In honor of  Black History month, I wanted to write a post highlighting an African American nurse leader: Mary Eliza Mahoney. Ms. Mahoney was the first African American to earn a nursing degree and practice as a professional nurse. She graduated in 1879 from the New England Hospital for Women and Children Training School for Nurses where she was only 1 of 3 to complete the challenging program. Ms. Mahoney spent her career practicing private duty nursing in and around Boston. She was also an original member of the Nurses Associated Alumnae of the United States and Canada (NAAUSC) which later became the ANA. Today, the ANA bestows the Mary Mahoney Award for “significant contributions in advancing equal opportunities in nursing for members of minority groups”.

As many of you know, each January, the American Journal of Nursing publishes their annual Book of the Year Awards. Many of these books are available as eBooks through the UDM library. See the Nursing Library Guide for direct links to this year’s winners. Simply click on the book covers or the titles. You will be directed to Blackboard to sign in. After signing in, you will have complete access to the book. For a complete listing of the 2014 winners, see the January 2015 issue of AJN. (Copy and paste this number: 25545535 into the “Search by DOI or PubMed ID” search box. The new system takes a few seconds to render.)

CINAHL is a super flexible database in terms of its availability of limiters. One caveat, however, when it comes to applying limits … you need to understand what happens when you apply a particular limit. For example… the Evidence Based Practice limit…

When you choose this limit, your results will be limited to a specific subset of journals that have been identified as Evidenced Based Practice (EBP) in the “Special Interest” field. These are journals that focus on the application of EBP. There are only 23 of them. Plenty of other journals publish evidence based practice / research articles. So, when you are looking for evidence based practice literature for your assignments, use the Research Article limit rather than the Evidence Based Practice limit.

Have questions or need assistance? Don’t hesitate to contact me.